We are excited to have become aware of this prophetic word, which was published on July 3rd on the Elijah List web site, which resonates with the vision we had, reflected by our web page we created two years ago – Releasing a Sound – click here to view

Do note that the below ministries are not connected to CTNTP and if you have any comments or questions that you would like to direct to the authors, please do so directly. 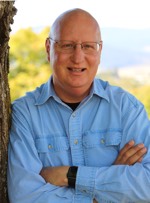 We know the power of agreement and unity and Jesus’ desire that we be one just as He and the Father are one.

In the midst of the disunity we see today in the world, can unity happen?

This is an awesome word from Alane Haynes about us coming into One Accord and what will happen as we do. Alane shares here:

People of God, we do not want to miss out on what God wants to do in the earth at this time! There is a mighty sound that will be released – a heavenly chord that will shake the atmosphere and release His Spirit by our keeping the unity of the faith in the bond of peace…

Now that’s good. Read the rest of this word about the heavenly sound God wants to release upon the earth.

“In One Accord, You Will Hear the Release of a Heavenly Chord!” 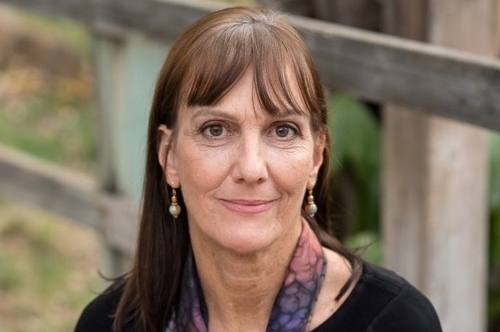 For some time I have been feeling the burden of the Lord over the disunity that is among the brethren. I was reminded of the day of Pentecost when the disciples were gathered in one accord and a mighty move of God occurred. I heard, “My people, be in one accord. You will hear the release of a heavenly chord and see the breaking of a wicked cord.”

“And when the day of Pentecost was fully come, they were all with one accord in one place. And suddenly there came a sound from Heaven as of a rushing mighty wind, and it filled all the house where they were sitting. And there appeared unto them cloven tongues like as of fire, and it sat upon each of them. And they were all filled with the Holy Ghost, and began to speak with other tongues, as the Spirit gave them utterance.” (Acts 2:1-4 KJV)

The Greek word for “with one accord” is “homothumadon,” which is a word formed from two words: homo, meaning “same,” and thymos, meaning “passion.” They were in unison of mind and heart, passionately waiting together for what Jesus had told them would happen (Acts 1:4-8); they would be baptized with the Holy Ghost and filled with power. This event was the start of the Church.

It has been prophesied by many that we are entering into the greatest move of God ever seen. I am hearing the voice of the Lord saying, “Stay focused and alert. The enemy is going about as a roaring lion to devour. Hear My roar – you will be filled with power! Stay in faith, united as one, for the battle is finished, it is already won; don’t be deceived by the evil one.” 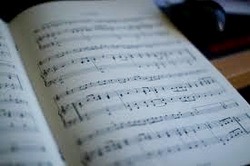 People of God, we do not want to miss out on what God wants to do in the earth at this time! There is a mighty sound that will be released – a heavenly chord that will shake the atmosphere and release His Spirit by our keeping the unity of the faith in the bond of peace. Psalm 19 tells us that there are sounds and words released by creation itself that we may not be able to hear with the natural ear, but that go to the end of the world. The earth (creation) in unity releases glory to God, and their sound cannot be stopped! How much more should our sound be as sons and daughters created in His image! (Photo via PeakPix)

“To the Chief Musician. A Psalm of David. The heavens declare the glory of God; and the firmament shows His handiwork. Day unto day utters speech, and night unto night reveals knowledge. There is no speech nor language Where their voice is not heard. Their line has gone out through all the earth, And their words to the end of the world…” (Psalm 19:1-4 NKJV)

The disciples were all in one accord, standing firm in faith that what Jesus had promised would happen. The enemy is doing all he can to divide; when one thing wanes, he brings about another. Don’t be deceived, our war is not against flesh and blood! Stay in unity waiting for the promise – a mighty wave of glory by the sons and daughters of God is rising up, filled with His presence and power, declaring and decreeing with boldness what He says in each moment!

Greater works are upon us, and the enemy is raging! Psalm 2:4 tells us what God does when the nations rage against Him and His Christ: “He that sitteth in the heavens shall laugh: the Lord shall have them in derision.” There will be an end to this madness, and Jesus will be made known as the One seated upon the throne. Don’t lose faith – stay united in God’s faithfulness and the reality that Christ will fill all things! Stay filled with Him!

In Acts 4, the disciples were again gathered in one accord, and cried out to God a similar prayer as David did in Psalm 2:

“And when they heard that, they lifted up their voice to God with one accord, and said, Lord, thou art God, which hast made Heaven, and Earth, and the sea, and all that in them is: Who by the mouth of thy servant David hast said, Why did the heathen rage, and the people imagine vain things? The kings of the earth stood up, and the rulers were gathered together against the Lord, and against His Christ.” (Acts 4:24-26 KJV)

They then reminded God of His sovereignty and appointment of times for His purposes, and asked Him to grant them boldness to speak His words and bring forth signs and wonders by the name of Jesus. 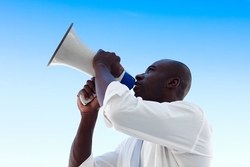 The Israelites didn’t enter the Promised Land because of unbelief, murmuring and complaining. “Eyes be single, faith arise; speak truth and eradicate the enemy’s lies, and you will see a quick demise. Watch and see many in shock and surprise as My power is released before their eyes,” says the Spirit of Grace.

In one accord the battle is won; in one accord they will see the Son. Even if circumstances cause the Body to be separated physically, there is no distance in the Spirit! We are seated with Christ in heavenly places! Stay in faith, in one accord; in that place we are united! Stay in the glory, One with the Father, Son and Holy Spirit (John 17).

Holy Spirit brought to my remembrance a vision I had many years ago after meditating on Ephesians 4:16. What I saw, at that time, was a concentric formation in the heavens that pulsed with “Ephesians 4:16” energy and continued to expand exponentially. “From whom the whole Body fitly joined together and compacted by that which every joint supplieth, according to the effectual working in the measure of every part, maketh increase of the Body unto the edifying of itself in love,” (Ephesians 4:16).

Be in one accord and watch as a heavenly chord is released upon the earth that will break off demonic strongholds, rip the veils of deception and usher in the next mighty move of God that all of creation is groaning for in expectation and desire!

Alane Haynes was radically saved in 1981, when the Lord Jesus Christ appeared to her and she immediately received salvation, deliverance and a supernatural healing of her body and mind. She is an apostolic and prophetic teacher and speaker, and has authored four books. Her passion is to see people restored to the eternal plan and purpose of God, bringing His Kingdom to the earth. Alane and her husband Kerry founded and minister together through “Golden Vessels” and “Eternal Truth Now Ministry.” When they are not ministering, Alane and Kerry enjoy spending time with their children and grandchildren, and outdoors enjoying the beauty of God’s creation.

One thought on “In One Accord, You Will Hear the Release of a Heavenly Chord!”