Call the Nation to Prayer

What would you do if woken at 1 am and heard God tell you to, “Call the Nation to Prayer”?

June 2015 this was the experience of Englishman, Peter Hill, now living in Canada. Peter instinctively knew that the nation was the UK and that humanly speaking the directive from God was an impossible task. But 44 years earlier in London, during the UK Charismatic Revival, Peter had already seen the ‘possible’ when in 1971, he founded the Nationwide Festival of Light, where tens of thousands of Christians gathered in our Capital.

Historically, a call to prayer for a nation comes out of national crisis. Is Great Britain already in one, or is there something more dramatic to come?

In 2016, Peter started a journey towards gathering others in the UK who sensed this new Call was of God and with whom he sought God’s strategy and timing to be part of a calling of the nation to prayer.

We believe Call the Nation to Prayer (CTNTP) is simply a directive from the Lord – it is a move of prayer for this nation, called, initiated and orchestrated by the Spirit of God… We believe it is time.

‘As One’ – releasing Revival Prophecy

On Saturday 29th September 2018, we organised two linked gatherings, first within the ruins of Coventry Cathedral, then at nearby Meriden.

We symbolically and prophetically joined two shepherds crooks, praying and declaring over the UK the release of revival prophecy, that when The Word and The Spirit come together, the greatest revival will come to our nation.

Nearly 4000 copies of The Father’s Love Letter were also taken by those attending, to share God’s heart for his children to those in their home communities.

Encapsulating our vision in song – Awake you who sleep 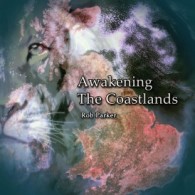 Rob Parker is a gifted and prophetic worship leader and songwriter. In 2017 he produced an amazing album, Awakening the Coastlands.

One track in particular, Awake you who sleep, encapsulates the CTNTP. Rob has graciously allowed us to make it available here:

We would love to keep you informed as CTNTP progresses. To subscribe to our occasional email newsletter simply click here