1960’s, Peter worked in Europe and India with Operation Mobilization. 1971, founded  The UK Nationwide Festival of Light (which later became CARE). Since the late 1970’s part of a Family of churches – Salt & Light International. 2000 to Present: involved in short mission trips to Mongolia, North and South Korea, Thailand and Bhutan.

Since 2015: Responding to God’s call to Call The Nation To Prayer. Peter is married to Janet for over 50 years with two children and four grandchildren and live in Vernon, British Columbia, Canada.

Since 1980, David has been a member of Life Church, Chelmsford, Essex (Elim Pentecostal). Until 2011, David was a police constable of thirty years and a former Essex Branch Leader of the Christian Police Association. 2007 – 2015: Involved in Christian Healing ministry in his City, including co-leader of Healing on the Streets.

2014: Called by God to start a interdenominational Prayer movement in his City, Chelmsford 24-7 Prayer. David met Peter Hill in 2016 and has since partnered with him in the formation of CTNTP. May 2018: Chair of Christians Together in Chelmsford (CTiC). David is married to Julie and has three adult children.

Suzanne is an experienced prayer leader, pastor and teacher, and carries a prophetic vision for this season.  She has run both city and county prayer initiatives, and is the founder and author of Passion for the Nation.

Married to Frank for over 40 years, Suzanne has spent a large part of her life in the London area, and her message is influenced by a strong awareness for the need for the Kingdom of God to touch not only the church, but the communities and institutions which also hold the keys to our nation’s future.

Jo was ordained deacon in 2012 and yet to complete her training as an anglican minister. Jo is an active member of Holy Trinity Church, Coventry.  Until March 2018, she was Director of Coventry Prayer House; an ecumenical place for prayer, rest, retreat and soaking in the presence of God in the city centre.

Jo is involved in the Ask Network and formerly the Lydia Prayer Fellowship. She is a creative and passionate follower of Jesus with a heart to intercede for Coventry, the UK and Europe. Living in Warwickshire, she is married and has two children at university. 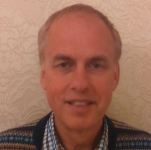 Stuart spent most of his career in the City of London working for major financial institutions. During part of that time he held committee positions on the NatWest Christian Fellowship (NWCF) and as Secretary to the Fellowship encouraged many local groups across the UK to flourish. He established many contacts with other Christian organisations and churches in the City.

Stuart is currently the part-time Administrator for Churches Together in Essex and East London (CTEEL) . He is married to Angela, they have two grown up sons.

Rob is a Worship Leader and Songwriter and married to Jo, has four children and is based in the East Yorkshire coastal town of Bridlington.
.
Rob, is CEO of W.I.N.G.S Prayer House which seeks to connect with others, in drawing the church into a deeper level of intimacy through worship and prayer – bringing unity, prophetic revelation, healing and salvation. He also has recorded numerous albums including ‘Light in the Land’ and most recently ‘Awakening the Coastlands’.

We would love to keep you informed as CTNTP progresses. To subscribe to our occasional email newsletter simply click here