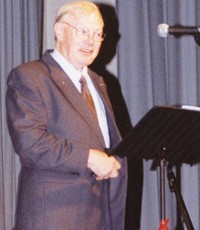 We have come across some insights concerning miracles and angelic appearances, connected with National Prayer at the time of the two World Wars. written by Dr Victor Pearce, who died in 2010.

They include an account concerning the ‘Angels of Mons’, who during WWI turned the victory in a battle over to a hopelessly outgunned British Army. Also details of no less than seven national calls to prayer in World War II, with an indication of their effect.

The stories have been compiled into various documents that you can view or download. Simply click on the links below:

The Angels of Mons (WWI)

Angels and Miracles – WWI (complete account including The Angels of Mons)

The accounts there-in are fascinating, challenging and well worth reading. Could these things happen again today. Yes, we believe they could.

Dr Pearce became an honours graduate of London University in anthropology, through University College, and specialised at Oxford in prehistoric archaeology. He travelled to archaeological digs and conducted research around the Mediterranean including Turkey and the Levant and also in the USA. He read theology at the London College of Divinity; is a Prebendary of Lichfield Cathedral; was Rector of one of the largest Anglican parishes in England; has had 25 curates, built two churches and several halls (one by voluntary labour). He was a member of the Diocesan Synod; was chairman of an ad hoc committee of the Education Council for a new religious syllabus and a visiting lecturer in two Bible colleges.

Dr Victor Pearce was an eminent scientist, archaeologist and theologian. He was well known for his lectures and international broadcasts.