It is great to be able to reproduce this most positive report from Neighbourhood Prayer Network – www.neighbourhoodprayer.net – about this year’s London Loop Prayer Walk that took place last month over three days. 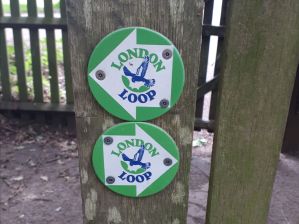 It is my joy to share with you a little of what happened over the three days of the London Prayer Loop Walk. I have selected some feedback from those who prayer walked for this newsletter. Those who have organised prayer walks along the London Loop have used a variety of ways of praying and given opportunities for others to take part.  I have added some headings to aid reading.

“I was privileged and blessed to take part.”

“I was glad to be able to get out for a lovely day of walking, whilst seeking to bless London at the same time.”

“Altogether it was a really enjoyable way to spend the day, in prayer and conversation and I would certainly want to do it again.”

“The weather was glorious and the route worked well.  It was a very good experience.”
“…a very special thing to be part of.”

“I was immediately impressed when I learned that he, along with others who were covering other sections of the ‘Loop’ this weekend, had come all the way from Cheshire!”

“A few times it was difficult to find the route and it seemed like we got lost.  At one point the road was supposed to be near the house, but there was no road. We knocked rang the intercom, the lady answered. Simon was trying to ask her about the road but was not able to hear her due to the cars on the road. Whilst still talking with her, I was by the gate and suddenly it opened. We were sure that the lady opened the gate as there was a lack of communication.  However, when we went in, the lady opened the door and asked us: “How did you open the gate?”. We answered: “You did.” And she said: “No, I didn’t”. We then realised, that it was the Holy Spirit that opened the gate for us, which was amazing. The lady was able to tell us that the road was closed, and their property is on the road that previously was part of the London Loop. We continued, talked to some people and kept praying.”

This testimony is such an encouragement as I have prayed with others in my church on a prayer walk we did in our community about gated homes in my hometown of Warrington asking God to open the gates and open hearts to receive His love.  There is no barrier to the Lord.

Churches coming together to pray

“I was encouraged when 16 people arrived at Moor Park Station made it to Hatch End.  Most of us did not know each other but we had a really good and friendly walk. Five churches with a number of different sorts of churchmanship were represented.  Again, no specific revelations, but some good solid prayer and a desire to do it again! We passed through a number of distinct neighbourhoods and estates (known to various of us) and so could be specific. Indeed, there was one specific outreach opportunity taking place that morning which we could pray for.”

“We had (at our maximum) 14 walkers plus 3 others who joined us at The Rose & Crown for coffee but who couldn’t manage the walking except for a few hundred yards and one prayer stop as a token gesture.”

“We stopped at eight places for a reading, a prayer of then 1 or 2 people praying for the chosen topics.  I felt I had to adopt this approach rather than pray in small groups because three of our walkers were not Christians and, while that was great and they seemed to appreciate the readings and prayers I didn’t want to put them on the spot.”

One more step along the way

“Continued over crest of hill and passed route turning but came to the parish church of Saint Mary the Virgin, Cuddington, holding flower festival. Felt this was a real oasis from the heat and walk. Flower festival theme was favourite hymns or songs. First display at the entrance was a multi-coloured wellingtons with flowers “One more step along the way”. Seemed very appropriate and encouraging at that moment. Church was cool, welcoming and beautiful displays.  Most striking one was ‘By the Rivers of Babylon, how do we sing the Lord’s song’.”

The highways and byways

“Attention drawn to piece of uncultivated ground by roadside. Several plants of barley growing.  Reminded of going to the highways and byways and bringing in castaways, the overlooked, all those who were willing. Grain will grow wherever it is scattered, often unnoticed until ripe.”

“Throughout our walk we used the Ffald-Y-Brenin ‘Friday Blessings’ format to speak the Lord’s blessing over several of the suburbs/villages/small towns we passed through, although we often added our own prayers. We also prayed as we walked through residential streets and for the schools we passed.  The police, paramedics and emergency services were also frequently covered.”

Praying in response to things seen

“We were inspired to pray by the things we saw around us on the walk, which was largely on the Grand Union Canal.  For example, when we saw swans with a number of cygnets we prayed for families, especially for broken families. There was an industrial area halfway along where we prayed for businesses, and we also saw quite a few planes taking off and landing at Heathrow, so we prayed for the Heathrow expansion plans.”

Knowing our prayers were important

“We prayed at intervals as we went along or at or near bridges and by various moored narrow boats and properties along the canal and for London and its people, leaders, churches and communities etc.  Also, for people we saw or passed who were walking or bicycling along the towpath.  I don’t think we had any particular revelation but felt that our praying was important along with all the others who were or had been praying over the weekend.”

“I found myself praying for an outpouring and empowering of the Holy Spirit on the churches in the area.”

Praying for rest and relaxation

“We also prayed at High Elms Country Park and the ponds at Keston -these being places where people come for rest and relaxation, often with families. We prayed that these would be safe places for people to enjoy and appreciate God’s creation.”

“On the edge of the woodland bordering the Holwood Estate, at a point where the path crossed the driveway to the house -we prayed about the issue of modern slavery.  Shortly after this we passed the ‘Wilberforce Oak’, which commemorates a conversation William Wilberforce had with William Pitt the Younger, which led to his resolution to work towards the abolition of the Slave Trade.”

“We stopped a few times to pray for different things, youth in particular.”

“Prayed for good shepherds to be raised up, and for abandoned sheep.”

“Spring up oh wells”.  Prayed for the water of life to flow.”

“Our walk went very well…. It was lovely walking alongside the river. I poured a little Scottish water in it and Rosie noted the Fizz and praised God that he always puts Fizz in.” 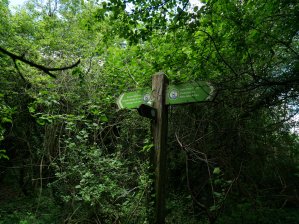 “We had real issues finding our way, especially in the middle section… so we gave thanks for all the different ways that God guides us, for walking through life together with other Christians, and we also prayed for people who have lost their way in life.”

“I’d be happy to support making this an annual event and raising the profile across more churches.”

“For next year I want to make this an “official” event for Churches Together and hence get other churches involved.