The 1947 Smith Wigglesworth prophesy (also Jean Darnell’s 1967 vision – click here), has continually been on our hearts, and in particular The Lord seems to have highlighted it as the focus of our proposed gathering, 29th September 2018. 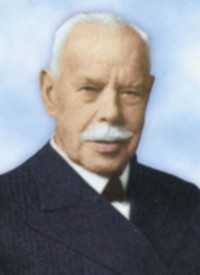 “During the next few decades there will be two distinct moves of the Holy Spirit across the church in Great Britain. The first move will affect every church that is open to receive it, and will be characterised by a restoration of the baptism and gifts of the Holy Spirit.

“The second move of the Holy Spirit will result in people leaving historic churches and planting new churches.

“In the duration of each of these moves, the people who are involved will say, ‘This is a great revival.’ But the Lord says, ‘No, neither is this the great revival but both are steps towards it.’

“When the new church phase is on the wane, there will be evidence in the churches of something that has not been seen before: a coming together of those with an emphasis on the word and those with an emphasis on the Spirit. When the word and the Spirit come together, there will be the biggest move of the Holy Spirit that the nation, and indeed, the world has ever seen. It will mark the beginning of a revival that will eclipse anything that has been witnessed within these shores, even the Wesleyan and Welsh revivals of former years. The outpouring of God’s Spirit will flow over from the United Kingdom to mainland Europe, and from there, will begin a missionary move to the ends of the earth.”

For scripture references of how the Word and the Spirit flow together – click here.

Smith Wigglesworth suggested that a great revival and outpouring would come from the United Kingdom, which would then travel out across the world. It would be released when Christians with an emphasis on ‘The Spirit’ and those with emphasis on ‘The Word’ come together.

Might also this be part of the fulfillment of Jean Darnell’s vision of a national move of God, pinpricks of light, ‘lightning strikes’ and ‘rivers of fire’ flowing down the entire UK?

In 2016, a significant prophetic word concerning the fulfillment both of these earlier prophecies was given in England, by Rev. Malcolm Duncan, at the annual conference of Birmingham’s World Prayer Centre.

Our attention has also been drawn to the fact that 29th September 2018, is St. Michael’s day. Biblically, Archangel Michael is a warrior angel, who deals on our behalf with spiritual powers and principalities in response to prayer. (See Daniel 9 and Daniel 10).

Interestingly, the full name of Coventry Cathedral is St. Michael’s Cathedral and there is a well-known bronze on an outside wall of Angel Michael standing over a cowering Satan!

(Although we are careful not to give undue emphasis to angels, there are of course many references concerning their activity throughout Scripture. In recent times, there are accounts of angelic appearances or interventions during the World Wars. Click here to read some fascinating accounts and insights that we have uncovered).

The village of Meriden, a few miles west of Coventry, has on its village green, a five-hundred-year-old Market Cross. This location is widely regarded as the traditional centre of England and a plaque at the base of the market cross attests to this fact.

In November 2017, Team members, Peter Hill and David Gilbey were led to visit village and subsequently, the whole Team have been seeking guidance from The Lord as to whether Meriden is the place for the ‘prophetic act’?

In March 2018, we unexpectedly received an email from a couple, John and Pam Yates, to that time unknown to us, who had been told of our website. We were amazed to hear that in 1979, John Yates had been shown by God of the importance of establishing His Kingdom presence in the heart of England, which would then ripple outwards nationally and internationally. From that time John had pursued this wholeheartedly.

In 1990, John realised that the work he had been pursuing, called Heart of England Outreach, was to be centred on Meriden. In 2010, John and Pam subsequently moved to the Isle of Wight and although the work they had established was handed over to others, in the last few years, it has ceased.

We believe we may have picked up ‘the baton’ The Lord gave John and Pam again.

(The actual ‘cross’ from the top of the column of the Market Cross in Meriden has long since disappeared. Instead a rod protrudes, rather like a lightning conductor? As well as John Yate’s description of a ‘ripple’ going out from the centre of the UK, we can’t help but be reminded of Jean Darnell’s prophetic description of lightning striking the UK, causing ‘rivers of fire’ to flow!).

The release of the Prophecies – joining two shepherds crooks 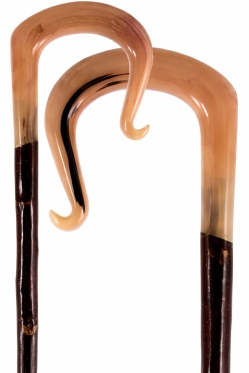 We believe now is the time for the full release of Smith Wigglesworth’s Prophetic word in the United Kingdom. During a central September gathering, we envisage a prophetic act will take place which we believe will symbolically release its complete fulfilment.

In the UK today, we can see that Christians who historically are of traditions with emphasis on the Word of God and those with an emphasis on the work of the Holy Spirit are increasingly coming together, but we also recognise many divisions still exist that must surely be healed?

As Peter Hill sought the Lord concerning CTNTP, his attention was drawn to Ezekiel 37: 15 onwards. This passage speaks of two of the nations of Israel being unified, signified by ‘the joining of two sticks’. Peter saw a vision of the UK and two sticks, represented by shepherd’s crooks, being bound together and that symbolically this could be the joining of ‘Word and ‘Spirit’.