Here’s some exciting news from Neighbourhood Prayer Network about this year’s Prayer Walks of The London Loop, coming up 21st, 22nd and 23rd June.

Can you and your church join in?

Read more below and also download a letter you can use as an invitation to your church to take part – click here. 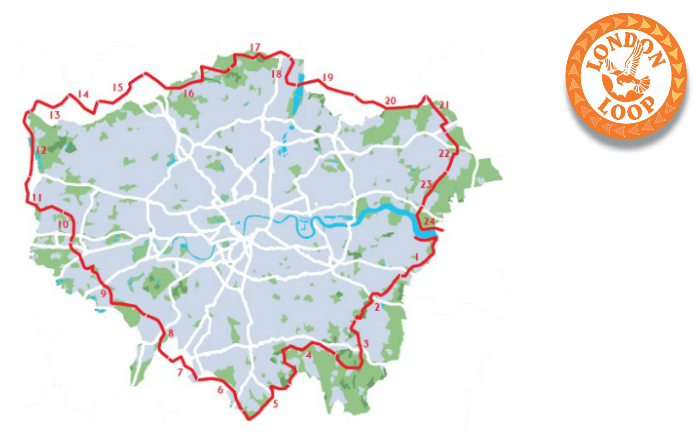 Shortly after this, I visited London.  Whilst there I did a prayer walk and came across a marker on a post for the London LOOP.  I had a strong prompting that God was asking me to do some prayer walking in London and said to God “you are not asking me to prayer walk London, are you?  It is a big place…!”  I went onto the internet and looked up what the London LOOP was and found the Transport for London website that gave more information about it.  As I looked at the map of the London LOOP on their website I saw the opportunity to prayer walk around the whole of London.

As I prayed God led me to share the idea and over a period of months everything came together so that all 24 sections (in total 150 miles) were prayer walked over three Saturdays in June and July 2018.  It was a spying out the land exercise and the feedback from those that prayer walked has meant that we are inviting individuals, prayer groups and churches from inside and outside of London to consider prayer walking one or more of the sections of the London LOOP over the weekend of Friday 21st June 2019, Saturday 22nd June 2019 and Sunday 23rd June 2019.

Last year we had a passion to pray for those impacted by gun and knife crime and for the Father’s love to be released across London as we prayer walked.  Many other prayers were said as people prayed what was on their heart.